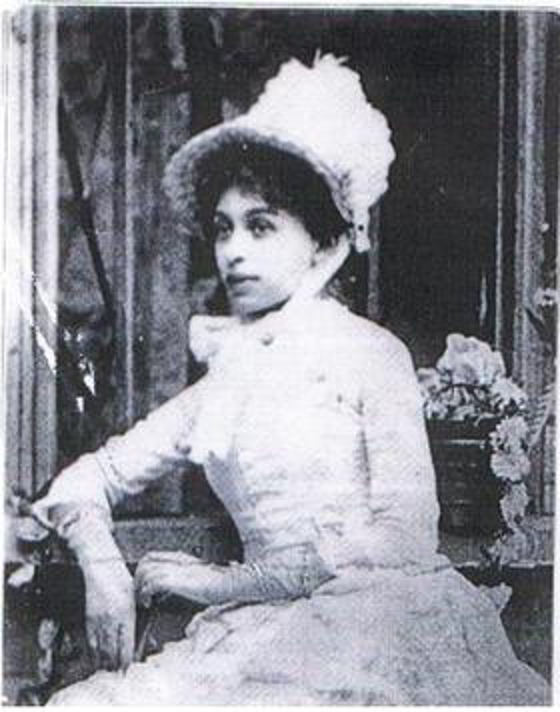 Ridley in her wedding gown, at the age of 27. 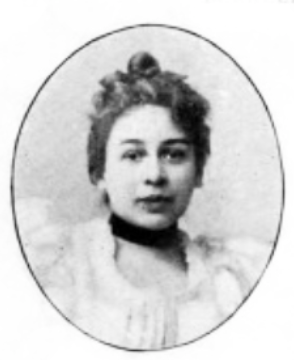 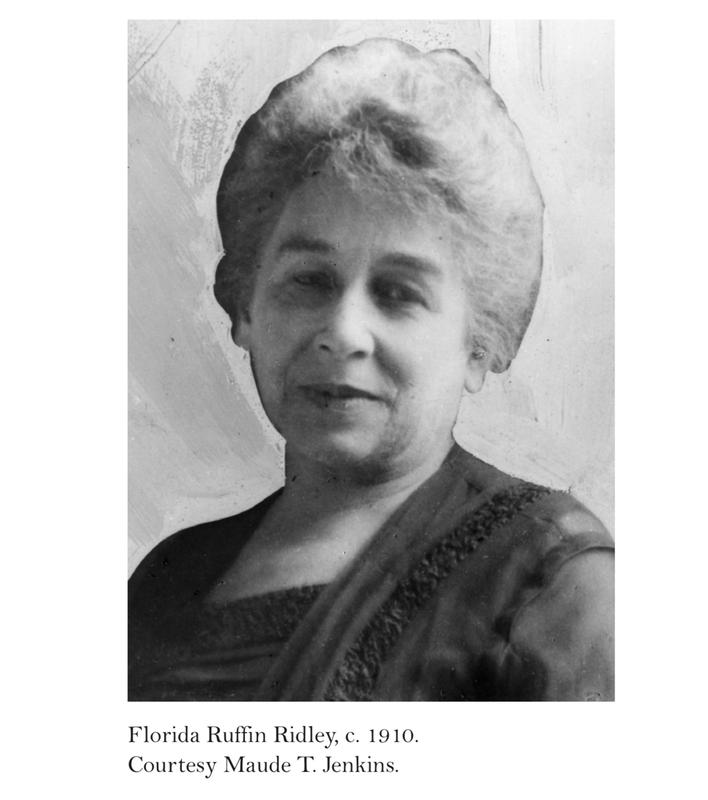 At age 49. For educational uses only. Roses, Lorraine Elena. Black Bostonians and the Politics of Culture, 1920-1940. University of Massachusetts Press, 2017.

The period from the 1890’s through the 1920’s was a dangerous time for African Americans, as violence and racist laws and practices grew. Scholars often refer to this as the Nadir of African American experience. It was also the beginning of what became known by African American women as “the woman’s era,” when women formed their own organizations and became a major force for political change. Florida Ruffin Ridley was one of these leaders.

In 1892, Ridley, together with her mother Josephine St. Pierre Ruffin and a few others, invited interested African American women to join the newly formed Woman’s Era Club. The Club brought women together to take on the pressing issues of the time. The number one issue was lynching. Writing in the Woman’s Era magazine, Ridley and her mother explained the genesis of the Club. ​Recognizing that all women faced oppression, Florida Ruffin Ridley became an active suffragist. In 1905 she gave a talk before the Brookline Woman Suffrage Association. Her talk was powerful enough.

​She and her mother, Josephine St. Pierre Ruffin, then took their organizing in a novel and national direction, publishing the first newspaper in 1894 by and for African American women. It too was called The Woman’s Era.
​
Building on their newly national audience, Ridley, her mother and a few others organized the first national convention of Black women, held in Boston in 1895. Before the convention ended, attendees approved the establishment of the National Federation of Afro American Women, the first national organization of Black women. The Federation soon merged with another organization located further south to become the National Association of Colored Women. The NACW in turn served as inspiration for the NAACP, founded over ten years later.

Ridley was a trailblazer for Black History. She wisely understood that until whites knew that African Americans had fought at the American Revolution and taken part in other major American movements, they would never been viewed as equal citizens. She tackled the issue, as she usually did, using varied formats: an exhibition at the Boston Public Library, several articles, and an organization to collect this history, the Society of the Descendants of Early American Negroes. A teacher herself, Ridley also took the equality struggle into the education of young children and organized for the right of Black children in Georgia to attend kindergarten just like White children had been doing. Alongside her organizing, Ridley  strengthened the civil rights movement through her writing, publishing and editing. She wrote opinion pieces, historical essays, and essays admonishing and encouraging women to join the struggle for justice. In her sixties, she became part of the Harlem Renaissance, writing short stories which have been republished in anthologies today. Florida Ruffin Ridley spent her last years living with her daughter in Toledo, Ohio and  died in 1943. She is buried alongside her parents in the lovely Mount Auburn Cemetery in Cambridge.

She had devoted her life and her talents to the achievement of equality. The struggle continues.

All that we ask for is justice, not mercy or palliation—simple justice. Surely that is not too much for loyal citizens to demand.
Boston Globe , May 21, 1984

Housing discrimination back in the 1890’s

1894 was the same year in which Florida and Ulysses Ridley bought their 1st home.
It was in Brookline. Thus they became what likely was was the first African American home owners in town.
In 1894 Ridley called out housing discrimination.
How far have we come 127 years later?​

“…It is enough to make one's blood boil and to keep one in a perpetual
fighting mood to see not only how law and justice are violated, but
rules of honor and courtesy perverted by Caucasians in dealing with the
negro. 'You call yourself a Christian, and sell a house in a first-class
neighborhood to colored people' This is the reproach of an estimable
Brooklyn lady?" Housing Discrimination →

Today, Ridley continues to be recognized nationally for her organizing for equality:
Ridley is featured in "Winning the Right to Vote was the Work of Many Lifetimes," The New York Times, August 13 2020. →
​Ridley is featured in the National Park Service Website→
Learn more about Ridley's "Woman's Era Club "→ 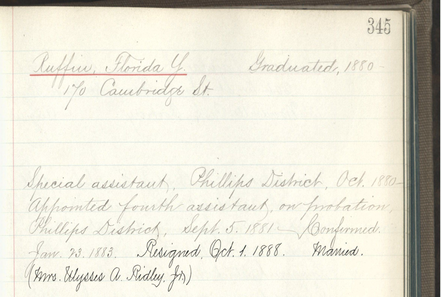 Ridley's teaching contract, Boston, 1881-1888.
Florida Ruffin was born into an educated Black elite family, living in Boston. Her mother, Josephine St. Pierre Ruffin was widely heralded for her work for equality. Her father, George Ridley, was the first African American to graduate from Harvard Law School and the first African American appointed judge in Massachusetts. A plaque honoring the Ruffin family is affixed to the house where they had lived on Beacon Hill.
​​
​After graduating from high school, Florida Ruffin attended the Boston Normal School giving her a teaching certificate. She taught at the Grant School in Boston from 1881 to 1888. She was only the second African American teacher in Boston.

Many years later, when Ridley had become part of the Harlem Renaissance, writing short stories, the the African American mother in Two Gentlemen of Boston mused:
"In the American public schools, democracy is most truly demonstrated  in the freedom with which children make and develop friendships, even guiding hands of parents cannot always be effective here."

In 1888, Ruffin married Archibald Ridley thus ending her teaching career, as married women were not permitted to teach, though married men could. In 1894 the Ruffins moved to Brookline. Here they were the first African American family to own a house, where they  lived for over twenty years. Their daughter Constance went to the Lawrence School, followed by her brother Archie ten years later.

“No group of men should have the power to say who should or who should not exercise the rights of freedom. The suffrage question is like so many other questions—no question at all if faced in its nakedness.”
​1897; speech at Brookline suffrage meeting; publ. in Woman’s Journal

Once settled in Brookline, Florida Ruffin Ridley soon became a leader in the town’s public life. She joined the Brookline Woman [sic] Suffrage Association. In 1897 she  gave a speech at the Brookline Association meeting, titled “The Tyranny of Small Things.” She began by telling about her recent conversation with Harriet Tubman. The second half of her speech was a pointed admonition to women who had “no time” for suffrage work.

​Her speech then appeared in the Boston-area Woman’s Journal, a suffrage newspaper. In March 1902,  Ridley cast what may have been her first vote. Brookline women were allowed to cast their votes for School Committee. The Boston Post covered the story, with a particular mention of Ridley. ​
The Ridley family were members of the Unitarian Church on Walnut Street. When the church became overcrowded, Ridley and others co-founded a new church. While the Second Unitarian Church is gone, the building now houses Temple Sinai.

In 1918, Archie was selected as the senior class valedictorian.[2] He was also a talented athlete and captain of both the crew and the swim team.[3]

“All we ask for is justice, not mercy or palliation--simple justice. Surely that is not too much for loyal citizens to demand.”
​From Ridley’s essay against lynching, Boston Globe May 21, 1894​

Find out what happened to Ridley's career after getting married→

“At a recent meeting of church women, the amount of feeling aroused over the slaughter of birds for plumage was to me amazing… it is puzzling to say the least to see a woman who is known to have no interest in humanity outside her own circle go into mild hysterics over the birds.”
1897; speech at Brookline suffrage meeting; publ. in Woman’s Journal

Ridley used her pen to shine a light on injustice and to encourage African Americans and all people to join the struggle for full equality. Her writings reveal key strands in American history for the period 1890-1930, bringing to light what had previously been hidden: the important role African American women, played in US history. They bring to light and showcase her importance as a writer, publisher  and editor. She illuminates the strengths of African American women. Today, she gives voice to the continuing struggle for racial and gender justice.

Her style was lively, forthright and occasionally witty. She wrote to embolden African American women across the country to take part in the struggle for justice. She wrote for Whites to undermine racist myths, especially about lynchings. She wrote for the future, calling on African Americans to preserve artifacts and documents demonstrating their participation in the country’s great movements, showing they were not passive recipients of abuse.

She was published in: ​
Sometimes she published what people did not know but needed  to know. In a short piece on the singing of the Star Spangled Banner, she wrote what few dared to express.[4] Sometimes she wrote subtle (or not so subtle?) essays to educate whites about lynchings or racism. During the years when she published Woman’s Era, she wrote for and to educated African American women. Ridley also wrote several history essays, focusing on what she termed “The Other Bostonians” (African Americans) and bringing their hidden history to the public. In her later years, she wrote fiction, with two short stories appearing in Harlem Renaissance magazines.

Today, Ridley continues to be read and by a much broader audience. Her short stories and several essays appear in four anthologies. Ridley is finally receiving the recognition she deserves.

read some of ridley's short stories below:

"No group of men should have the power to say who should or who should not exercise the rights of freedom. The suffrage question is like so many other questions—no question at all if faced in its nakedness.” Woman’s Suffrage →

When the Supreme Court ruled that segregation was legal (1896)
"If laws are unjust they must be continually broken until they are killed or altered. The thing to do is to force the recognition of manhood by any and all means."  More..→ 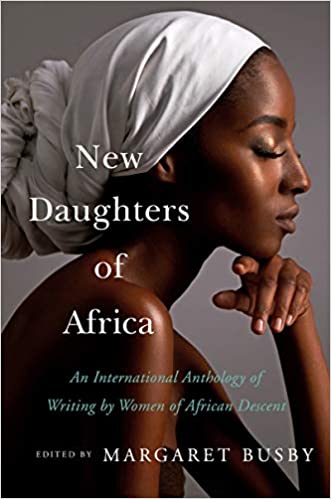 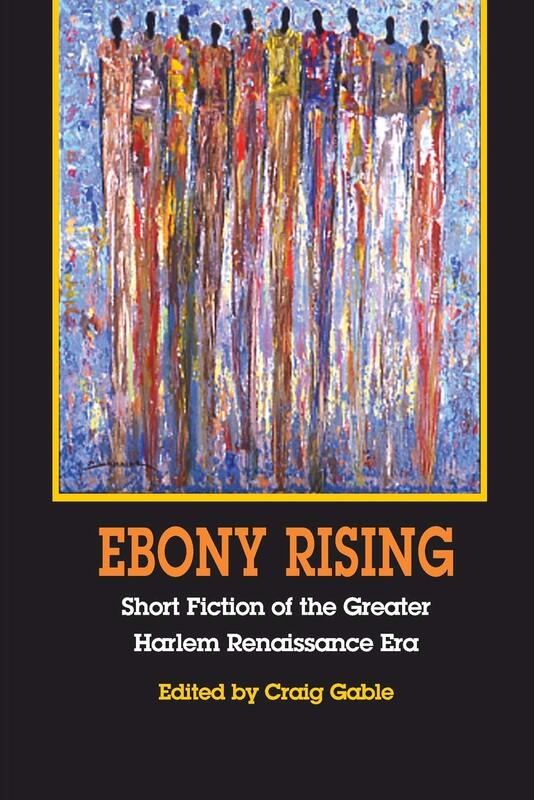 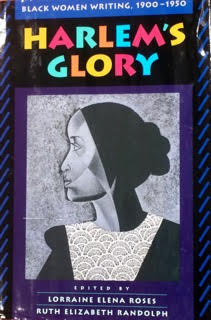 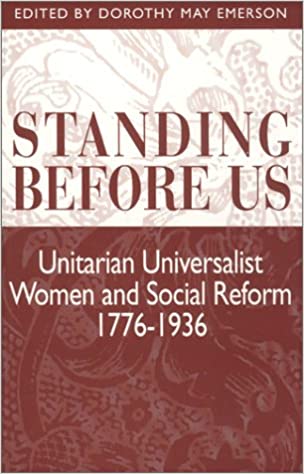 “No group of men should have the power to say who should or who should not exercise the rights of freedom. The suffrage question is like so many other questions—no question at all if faced in its nakedness.”
(1897; speech at Brookline suffrage meeting; publ. in Woman’s Journal)

Organizing for justice, locally and nationally

As a writer and editor, Ridley harnessed her talents to advance justice.  In 1892 she became the co-editor of the pathbreaking magazine, The Woman’s Era, the first national magazine by and for African American women. There she described the membership of mission of the club. This club is “not necessarily a colored woman's club, but a club started and led by colored women.… It enters the field to work hand in hand with women…not the Negro alone but the Chinese, the Hawaiian, the Russian Jew, the oppressed everywhere.” [5]

"​The idea of a Woman's Club, not necessarily a colored woman's club, but a club started and led by colored women had been dormant in the minds of a few women of Boston for some time. Of [white-led] woman's clubs there seem to be no end… [t]here was so much danger that numbers of [colored women] would be over-looked."
The Woman’s Era v 1, issue 1, March 24, 1894

"We shall feel very sorry for the cause of woman to see its standard lowered, its accepted ideals repudiated, its power diminished by any declaration that it is the cause of white women for which it stands, not the cause of [all] women." (quoted in the Boston Globe)

1. Copies of the yearbook issue of the 1918 Sagamore can be found in the Public Library archives and at Brookline High School.
2. Both Constance and Archie married; neither had children.
[3] It was an article on the Star Spangled Banner, in the music section of Woman’s Era magazine, May 1, 1894. http://womenwriters.digitalscholarship.emory.edu/abolition/content.php?level=div&id=era1_04&document=era1
4. Ridley’s report on the Woman’s Era Club, published in the inaugural issue of the Woman’s Era magazine, March 24, 1894.
​5. Published originally in Opportunity (January 1926), this short story is in several recent anthologies, including Harlem’s Glory and Standing Before Us.